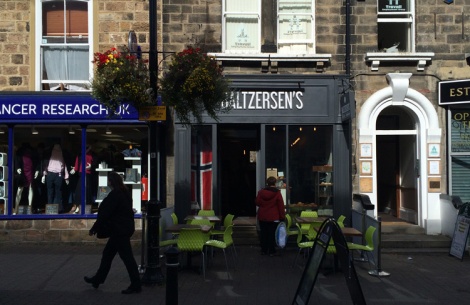 Harrogate,  like most large towns, has a variety of shopping and eating offerings. James Street hosts all the smart bits – Hobbs, Laura Ashley, White Company, Waterstones, Jigsaw, Phase 8, Crew Clothing, Brora, Russell and Bromley, Austin Reed, L’Occitaine, Carluccio’s, Hotel Chocolat, Ecco and the new iStore – you get the picture; there are more black Range Rovers with personalised number plates per square metre then anywhere outside the King’s Road. Move one street down [i.e. north therefore – as in “coming up to London” seems to imply up=south] and you’re in Cambridge Street – M&S stands out from W H Smith, Morrison, Primark – you could be anywhere. One street further north [good name for a bar that, “Further North” – see later] and you’re in Oxford Street. Now this is different. Not edgy – that’s between Harrogate and Knaresborough in Starbeck – but Bohemian in a kind of knit-your-own-yoghurt way.

Here we find Baltsersen’s, a nice café that draws from the Swedish for its inspiration. Good cakes and pastries in the window to tempt you in, you find a table and order at the counter. Simple salad [1], stew [1] and a handful of very good if large sandwiches. Hot smoked salmon and extras. They do wine and beer, but almost everyone drinks water or coffee.

More interestingly come six o’clock Tuesday to Saturday the place has a quick revamp and is transformed into Norse, a restaurant with definite Swedish overtones. Headed up by Murray Wilson, latterly from the Michelin-starred Yorke Arms in Nidderdale [see post], the menu comprises 7 savoury and 2 sweet dishes. Mix and match as you will. Good range of drinks, including Craft Ales from the Bad Seed Brewery in Malton – all a bit strong though, starting at 5.1% ABV

Oxford Street holds a number of gems: Duttons for Buttons, where you’ll find every kind of button [obvs], Fit to Bust and Schuropodist. Yorkshire Farmers’ Meat Company at the end, with goat a popular option – back by request! Just at the end, across the road, is a branch of Mr Arkwrights Emporium [also Boar lane Leeds] taking inspiration from “Open all Hours”. In the window that easy trap of the English language “Fork handles v Four candles”.

Restaurant Norse and Jay Rayner’s Review in the Observer September 28, 2014. 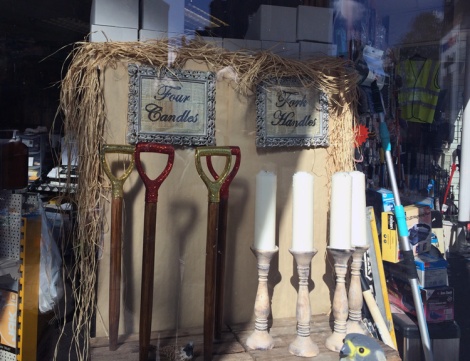 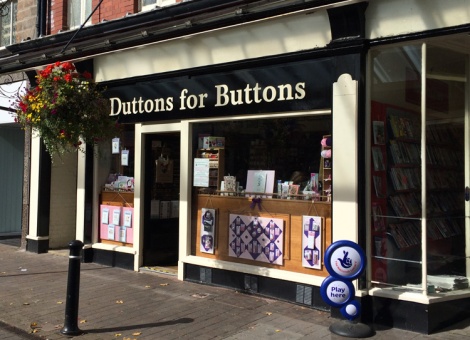 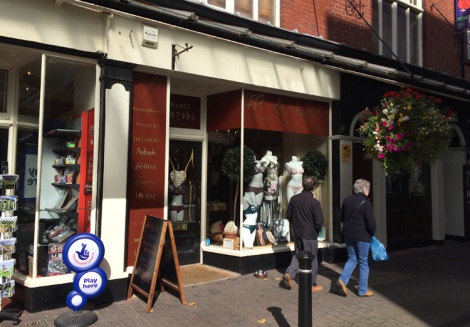 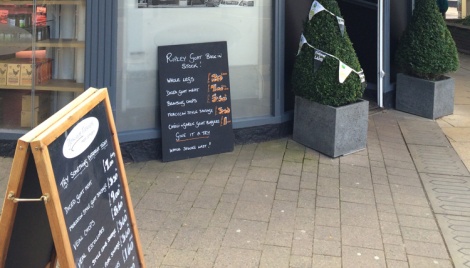