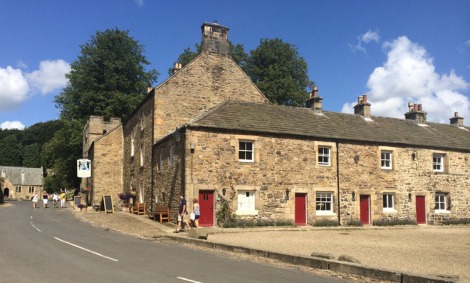 Blanchland is a model village in Northumberland, near Derwent Reservoir, in the North Pennines Area of Outstanding Natural Beauty. It’s a conservation village, immaculately restored and preserved [if that’s not a contradiction] and used for filming and television – think Catherine Cookson. Not much street furniture [road signs, telephone boxes and the like to you and me], and you can imagine the few that there are on quick-release brackets so they can be whipped away at a moment’s notice as the horse and carriage trundles down the street. Apparently poet Philip Larkin [Yorkshire, well Hull anyway] stayed here when visiting Monica Jones. Larkin doesn’t seem to have been the life and soul of the party…the Wikipedia entry is a bit gloomy

His poems are marked by what Andrew Motion calls a very English, glum accuracy about emotions, places, and relationships, and what Donald Davie described as lowered sights and diminished expectations. Eric Homberger (echoing Randall Jarrell) called him “the saddest heart in the post-war supermarket”—Larkin himself said that deprivation for him was what daffodils were for Wordsworth.

Anyway, the point is of course the Lord Crewe Arms, the pub and hotel in the village. Terrific atmosphere in the various bars – the village grew out of the 12th Century Abbey [the stone was “up cycled”] – and good beers on tap, together with an unusual range of food. No, it’s all OK, just a bit different from the normal pub grub – see for yourselves. Twenty-one bedrooms so you can spend a couple days exploring this beautiful area. It’s nearly as good as Yorkshire – praise indeed!

Honesty-box car park, supporting the local Lord Crewe’s Charity, which allows you to explore the walks right from the village – along the river, or up the hill and across the moors.

Pub and Hotel The Lord Crewe 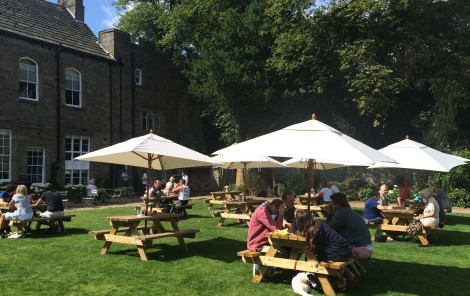 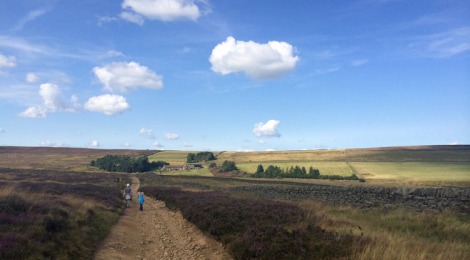 Walking on the moor from the village