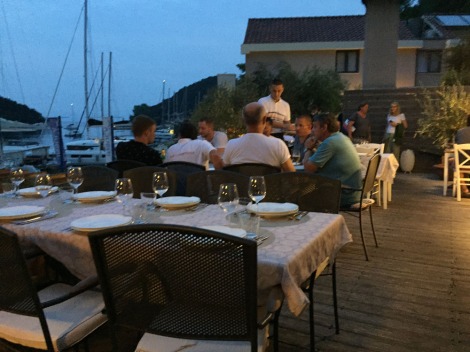 We’d hoped to sail the 36Nm from Vis to Lastovo but the wind was frustratingly against us. We could have happily tacked all day but, with a storm coming, we motored to Zaklopatica, a small sheltered bay on the north side of the island. There are two ways in to the bay and regular readers will remember the dangers of taking the wrong approach, as evidenced in the Caribbean.

There are other places on Lastovo but, with only a week’s sailing planned this is a good place to get to and a useful stop between Vis and Korcula. Alas the weather is poor, with strong winds, so we stay here for two nights and it’s no problem as the restaurant is just fine.

We’re tying up and eating at Augusta insula, a restaurant we’ve been to before many, many years ago. Lastovo is the furthest out of Croatia’s islands so it’s a bit special. As with Vis, Tito cleared people out and installed a few gun turrets. There are small settlements around the coast but the main town, Lastovo, is inland in a sheltered bowl around 2.5km away. It’s quite atmospheric. Many houses deserted and very unlikely to be restored. Some beautiful property crying out for Phil and Kirsty, or Kevin McLeod – or more likely a young enthusiastic architect with little money but bags of energy. No, we don’t know one either.

Augusta Insula was run by a couple and their two sons when we first went. A small terrace, wonderful food – we were told the best lobster in Croatia. The two sons went away to learn the restaurant trade in Paris and London and, now they’re back one runs Augusta Insula and the other a couple of restaurants in Hvar. Restaurateurs in the summer and builders in the winter, the place has grown and developed. Although they take credit cards they much prefer cash – apparently they buy their fish on the ‘black market’. And we’d only just met! Great proper moussaka in addition to grilled fish, fish under ‘the bell’ and goat. All very tasty.

…other restaurants are available in Zaklopatica – well, perhaps another two. 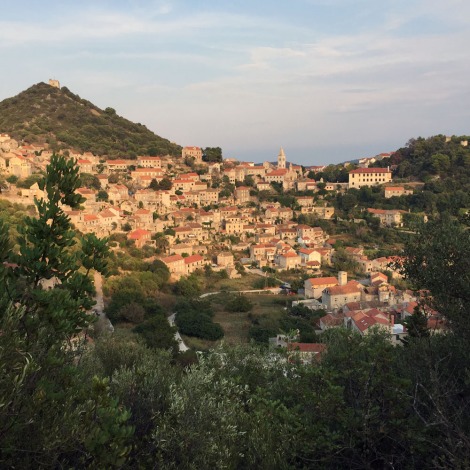 lots of derelict houses waiting for an enthusiast… 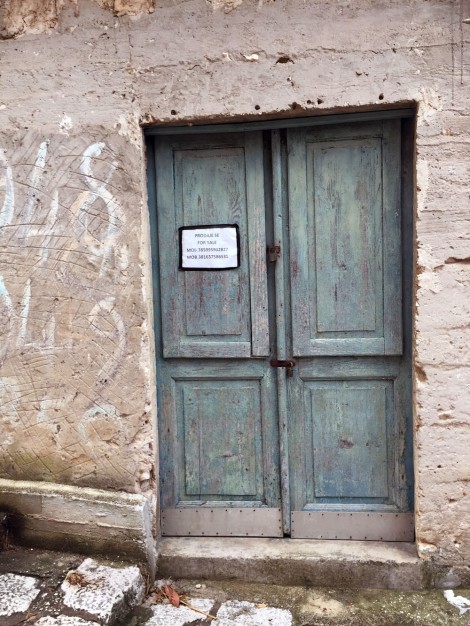 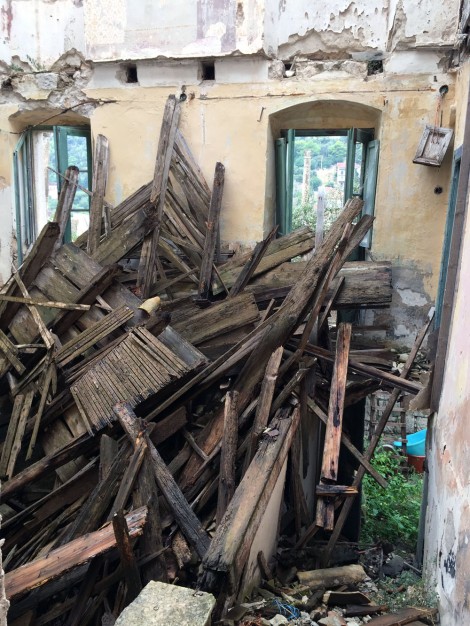 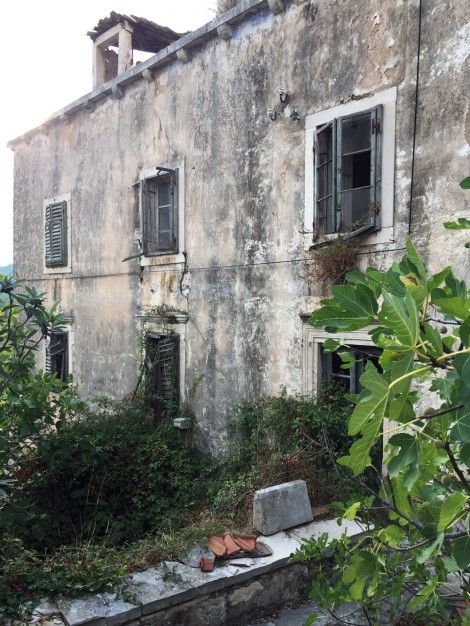 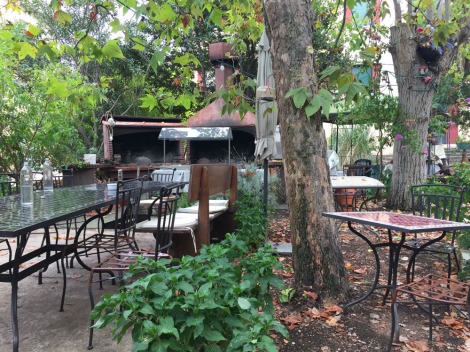