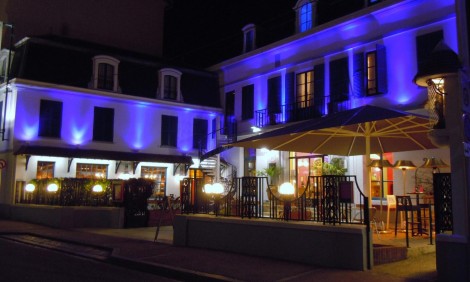 There was quite a good article in the Times on June 6th [subscribers only apparently for the website] about journeys from the French coast to all points south, with suggested stops en route to ease the pain of the long haul down the autoroutes. There were four routes shown – Provence, Dordogne, Languedoc and Aquitaine – taking you to the most popular tourist destinations for those seeking the sun. Just for the record it’s about 40ºC at the moment.

They’re all really based on getting to the north coast of France early in the morning and then having one or two stops on the way south. The two longest, Calais to Cannes [1,200km] and Calais to Avignon [1,050km] might require a couple of stops depending on your stamina. Friends who do regular routes recommend longish days of about 600km or roughly 5-6 hours, combined with a good rest at a hotel. When we went down to Sicily from Livorno, we did just that, but with stops of 2-3 days. Still, the south beckons so you could probably do it in two stints with a nice overnight stop on the way. In the past, we’ve stopped in Dijon [lovely] and Beaune [didn’t do much for us], or taken the motorail – sadly discontinued for the moment. Railsavers, the UK booking agency for most of the motorail operators are wrestling with the fall out from the demise of the Autoslaap train in Holland, but are hoping the French might be able to restore services in the near future to Narbonne and Avignon. Watch Seat61.com for developments.

The journey is part of the holiday…However, don’t expect Motorail to be a budget option.

On our first long distance trip with children we planned a long leg on the way back from Aix-en-Provence to Sens, via the autoroute, and stopped overnight at the Hotel de Paris et de la Poste. It was a bit frilly in the bedroom department, very French as it were, but the meal in the evening was the highlight of the trip and, for many, many years became one of our most memorable. We’re talking 1989 here and, with the children safely installed upstairs, we tried the Prix Fixe du Jour – two courses. Fish soup as only the French can make – even miles from the sea. Rack of lamb cooked to a deep pink, just the right side of “bleu”. The two course menu included, of course, cheese and dessert. Unlike the English, the French tend to take their cheese first – logical when you think about it. For a relatively humble restaurant the cheese course was rightly celebrated. Alongside our little table à deux two folding tables were set up. Upon each was set a huge tray, carried by waiters with arms stretched wide, one with soft cheeses and the other with hard. Maybe 60 or 70 cheeses? For dessert crème caramel. A simple classic French menu. If we went back after more than twenty five years, then it might not live up to the memories, but you never know… 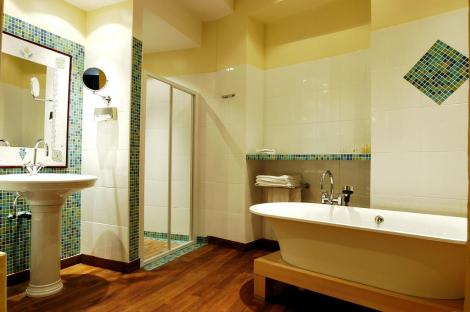