Thinking about the recent post on the Art School in Liverpool, it was hard to think of a food that epitomises that great city. We have a sister-in-law whose parents ran a fish’n’chip shop, and bubble and squeak is often thought of as the city’s national dish. None though as clear as the apocryphal deep-fried Mars bar so beloved of Glasgow. Interestingly, as the new SNP ’56’ headed for Westminster, that new young MP Mhairi Black [Douglas Alexander slayer] snapped herself with a plate of chips, white bread and a bag of sweets on the side, quipping

You can take the girl out of…

Another weapon in the search for culinary independence north of the [ever shifting] border? It won’t tempt those who tweeted #takemewithyou to move the border south of Yorkshire – after all, we have the culinary delights of rhubarb and that’s staying with us! Sophistication or what?

So, when you move out of the new Northern Powerhouse into the more leafy suburbs, then you are less likely to find the humble chip, though you might find a refined version of bubble and squeak. The area south of Manchester/Liverpool is another world again. Smart £1m+ houses, Ferrari dealers on every street corner, Laboutin-friendly pavements – and that’s just for the men. Delightful little pubs such as The Bells of Peover [that’s pronounced peever, not pee-over incidentally – or it is now]. By the time you reach Chester you’re bound to think you’ve gone through the back of the wardrobe and encountered another universe. So, Simon Radley. Edon Tours paid a return visit, so impressed were they the first time and it still didn’t disappoint.

Chester, The Chester Grosvenor and Simon Radley at The Chester Grosvenor were my find for 2014 so booking for 2015 was high on my priority list. Booking at the time of the May Race meeting at the oldest racecourse in the country wasn’t, but, in hindsight it provided us with an even more entertaining experience if only from a people watching point of view. The sights and sounds at the end of a day’s racing walking through the centre of Chester has to be seen to be believed and even then all you can do is stare!

Why this is not 2 stars is beyond me, from the choreographed seating, and napkin placement, through 9 types of bread to 27 types of cheese all presented in a friendly, efficient and consistent fashion I just love it. We will be back probably on a race day! 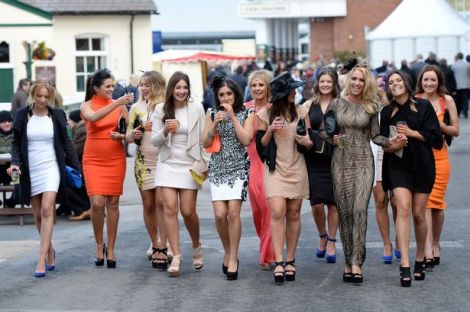 Mouths nearly the same – but one is a smile, the other a grimace…MB and DA