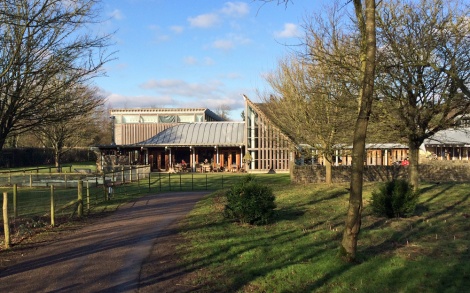 Everything seems to be Henry VIIIth related at the moment, with the BBC production of Wolf Hall receiving rave reviews, and all of the places used for filming brushing up their facilities in anticipation of the hordes of visitors expected. We’re just over halfway through the series at the moment, with two of Hilary Mantel’s magnificent books condensed into six hours of filming. Everything about the production is achingly authentic with much being made of the accuracy of the costumes, down to the last little stitch, and most of the night time filming being done by specially chosen white candle light. We watch it with the lights out – it’s the only way. We saw the RSC’s version – similarly condensed into two 3-hour productions at Stratford and it was spellbinding, with Ben Miles as a wonderful Cromwell with just the right amount of wry smile and pragmatism. Mark Rylance, universally acclaimed in the BBC version, is a little more reserved, less larger than life, humble … and mainly unsmiling. Excellent but, on balance, Ben Miles for us delivers the better representation of Mantel’s Cromwell. We’re splitting hairs here, mind…

With Henry always seeking new funding opportunities for the Crown, Cromwell was given the job of “acquiring” the land from the large monastic estates across the country. and Yorkshire in particular…

The Cardinal sighs. “Well, I suppose this is the place to complain. I am already speaking to God about the weather.”

“Oh, and the food. Five miles from the coast and never tasted fresh fish.”

“Londoners, when they can get them. It is a race of scowling heathens, my lord—swarthy, so high, low foreheads, live in caves I don’t doubt, though they pass for gentry in those parts.”

Fountains Abbey was one of the monasteries that was dissolved in 1539. Acquired by the National Trust in 1983 it was declared a World Heritage site in 1986. The site, together with the Studley Royal gardens and deer park are stunning. The entrance was originally at the Studley Royal end, where there is an entrance gate and a small café. Commissioned in 1987, the new visitor’s centre finally opened in 1992, design by Edward Cullinan – the architect’s architect. These buildings always seem to take five year to get off the ground. What initially looked an over-mannered design [with lots of awards] has weathered very well and, more than twenty years on, looks as nearly fresh as it did when it opened. No mean feat.

Interestingly Edward Cullinan also won the competition for the new visitor’s centre at Stonehenge, but that’s another story…

The sweeping roofs are appropriately grounded by a solid, dry stone wall base. For the first few years this base was incomplete – the National Trust saving up, or waiting for another bequest perhaps? Still, it’s all there now. The shop is all you would expect from the NT and the café safe and nourishing – soup, hotpot of the day, scones, lemonade…you get the picture. No worse for that however, after a stroll round the grounds winter or summer. 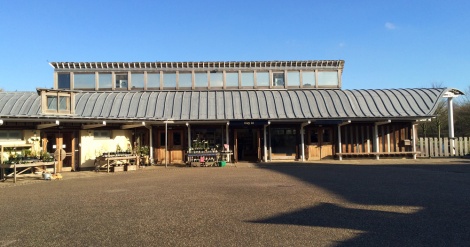 The splendour that is Fountains…